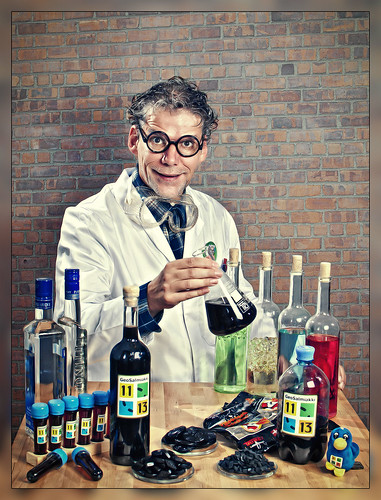 Most small businesses come about because a technician (say a carpenter, plumber, dentist, graphic designer) gets an idea that instead of continuing to do what they do for someone else, they will start their own business and keep all of the lovely cash that was previously lining the pockets of their employer while they were paid the same salary regardless of how much value they brought to the business.

Although this is admirable and to be encouraged it is a classic example of the Entrepreneurial Myth in action. Because you’re good at something doesn’t mean you will be any good at owning and running a business doing that same something.

However, it also doesn’t mean that you won’t be brilliant at it, so don’t be put off by this; just make sure you know what you are getting into.

The 2 most common causes of small business failure that I see are:

1. Over complication of a simple idea
2. Owner spending too much time and money on the wrong things

Business is really very simple and this has been proven over and over again by many successful entrepreneurs who have dropped out of school early and who openly admit when they don’t know something.

Duncan Bannatyne from Dragon’s Den has become a very successful businessman and a multi millionaire. In his book “Anyone Can Do It” he says that he never assumes knowledge of a subject, he finds an expert (preferably free) e.g. the government health and safety executive and asks for help with issues he has.

Many would be entrepreneurs avoid this kind of contact with authority because they:

1. think they should know this stuff already and are embarrassed to admit that they don’t
2. they don’t want to alert anybody to what they are doing

No business operates in a vacuum; hiding from the agencies that are there to help and trying to disguise what you are doing from competitors is futile. Just doing your own thing well is the only way forward.

Re-inventing wheels and spending masses of time trying to come up with something new that nobody has seen before are also not good ideas, especially if funds are limited and time is short.

The trouble with new inventions is that you pretty much have to build a new market from scratch and that takes a lot of time, effort and money.

And of course as soon as you have spent that money, time and effort proving that something works and is needed; the latent competition that has been sitting watching, waiting and making notes will suddenly appear with a similar or better product at a cheaper price (because they invested less) and flood your hard won market with competing offers.

On the other hand, if your idea doesn’t work you don’t need to worry about the competition because they will be off doing something tried and tested and making money.

This site uses Akismet to reduce spam. Learn how your comment data is processed.